Trending Now
You are at:Home»Uncategorized»Rancher Over-Bids On Used Police Vehicle By $45,000 – What He Does Next Is Priceless

Tanner Brownlee’s father, a Weld County, Colorado sheriff’s deputy, was gunned down during a shooting in 2010 when Tanner was 15 year of age.

Last week, the vehicle, a 2010 Dodge Charger, which had been assigned to Deputy Brownlee was put on the auction block. Tanner felt that if he could win the bid for the vehicle at auction it would keep him and his brother closer to his father. He went to the auction hoping for divine intervention since he had very little money to bid with.

“Realizing how much this car meant to my dad, I understand it now, and I want to have it to keep and hold onto.” Tanner told KSDK-TV just prior to the auction. Unfortunately, Tanner didn’t have enough money and lost the bidding.

The bid was won by a wealthy Colorado rancher, Steve Wells, and thus, the vehicle had a new owner, which was not officer’s son. Mr. Wells obtained the car with a bid of $60,000. The actual value of the vehicle was estimated at only $12,500. He must have really wanted this car. 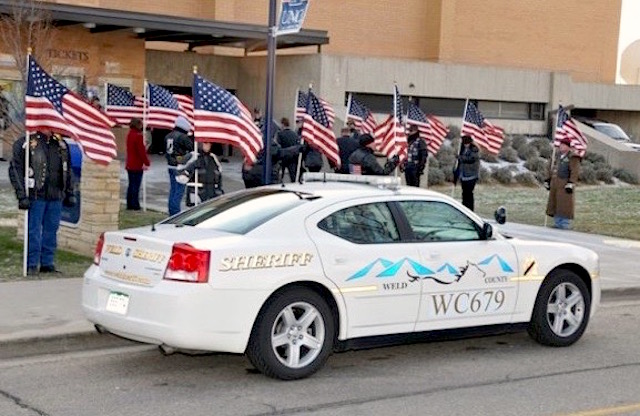 After winning the bid, Mr. Wells got up from his seat with the keys to the car in his hand, and he walked over to the slain police officer’s son. “Tanner, here’s your car.” he said, and put the keys in the son’s hand.

Tanner, who is now an adult, was overcome by the gift and began sobbing. The auction crowd stood to their feet with overwhelming applause.

The proceeds from the auction will benefit the Concerns of Police Survivors, or COPS. This group provides help to families of slain police officers.

This story proves that there are still some people out there who care about doing the right thing even if that means over-bidding on a used police vehicle by $45,000.